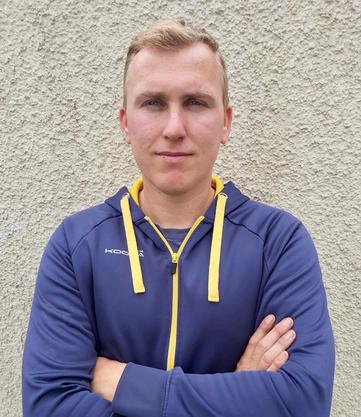 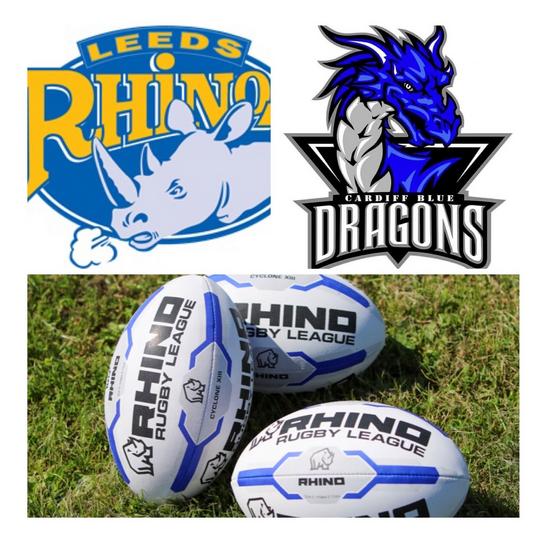 Simon brings a wealth of experience having won no less than 5 caps for Wales A and winning the 4 nations title twice in 2003 & 2004! He has been playing rugby league since 2002 with Swansea Bulls, Swansea Valley Miners, Bedford Tigers and most recently, Cardiff Blue Dragons.

Simon also has experience in rugby union having played for Swansea, Dunvant, Birchgrove , Vardre and Bedford Swifts. He has coaching qualifications in both codes.

Commenting on his appointment to the Head Coach role, Simon said “I’m really looking forward to working with my new assistant coach Shaun Gustard and new team manager David Castle. We are the biggest Rugby League club in Wales, and my aim is to make us the most successful.

Simon replaces Jamie Iles, who did a sterling job of work in building a good, solid foundation of upcoming, predominantly younger talent in our early years at Dragons Nest Memorial Ground in West Cardiff. Jamie has given a lot to the club and took us on our first official trips across the border into England in the SCL and played a big part in keeping the team and club together. He will be absolutely missed however we hope to welcome him back as a player again next season.

Commenting on his appointment, Shaun said “I’m really looking forward to supporting Simon in his role as head coach, furthering the legacy Jamie has left behind.
With David, Simon and myself I know that there are more exciting times ahead for the club. We all believe that the Capital city will have a team to be proud of.

Shaun also brings a wealth of coaching experience from juniors up, from having coached minis and juniors at Bargoed RFC, through to the Pontyclun Panthers RLFC U17’s, who were Welsh Grand Final Runners-Up in their debut season. He is also our Cardiff Blue Dragons under 12s coach, he was assistant coach for last years East Wales U12's squad in the 3-0 test win over West Wales and is also a Community Coach for Wales Rugby League.

The club is also excited to announced that we have a new men’s team manager in David Castle. Originally from Pencoed and starting off predominantly with rugby union playing for teams such as Bridgend U16's, Cardiff University, Heol-y-Cyw, South Wales Police, Vancouver Scribes, Nantyffyllon, Maesteg, David has most recently played for Cardiff Blue Dragons Men’s and also their Masters team.

David has a particular experience in rugby recruitment from a commercial perspective as since 2014 he has worked within rugby recruitment helping to build and rebuild clubs by assisting in placing players, coaches and support staff to clubs of different sizes, all across the globe.  He also headed up the Rugby League Recruitment operations to much success, building strong connections with rugby league clubs within the professional, semi professional and amateur leagues.

David is also an accredited UKAD advisor. playing an essential role in informing athletes about the values of clean sport. He has also successfully completed the RFL Agents exam.
In his own words, David said on his appointment: “I share in Simon and Shaun's view that rugby league in the capital is a ‘sleeping giant.’ I am looking forward to using my contacts and experience within the commercial side of rugby to help grow the club and make the Blue Dragons an attractive venture for players new and present whilst simultaneously looking at partner opportunities to create an exciting Rugby League environment for all involved.

Head of Development Louise Morgan commented; “With three, new and very able members of our Men’s coaching and management team, I’m very excited for what the future holds. This is definitely the right step in solidifying our men’s team and future proofing it for success. We’ve got three dedicated individuals here that I’m sure will build and galvanise a good, talented team together so that we can start to realise our potential as the capital’s club.

Blue Dragons Coaching Staff are Developing and building for the future! 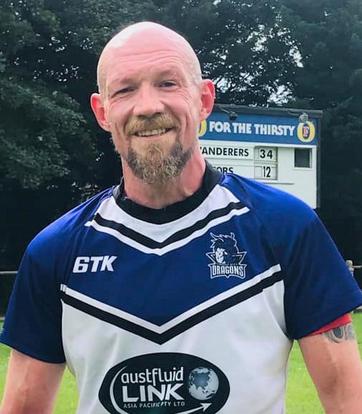 ​Cardiff Blue Dragons who play out of the Dragon’s Nest, Memorial Ground in the Welsh capital are pleased to announce a new community foundation partnership with Leeds Rhinos.

The partnership will see a programme devised including the opportunity to hold Rhinos led training sessions and academy event days down in Cardiff. A whole host of extra benefits have also been discussed between Leeds Rhinos Director of Rugby Kevin Sinfield, Leeds Rhinos Head of Academy Operations and Recruitment Simon Bell and Cardiff’s Men’s Team Manager, David Castle who has commented on his excitement to be working alongside and developing the relationship with the Rhino's and their Head of Partnerships and Development, Dan Busfield.

Team Manager Castle comments, “Personally I have always had a connection with rugby up in Leeds and have always been made to feel extremely welcome when spending my time there having met a few times up at Emerald Headingley and have also developed a relationship with many of the Colleges and Universities also so I'm really excited and privileged to have had the opportunity to chat with both Kev and Simon and forge this partnership.'

Key to the partnership is that all age groups and teams can get involved meaning that all Cardiff players from youngsters to men's and women's squads will get the benefit of training with the backing of a powerhouse of the Super League, whilst the Rhinos will be able to keep a watchful eye on individual player developments with a view on developing the most skilful into potential roles at Leeds.


Commenting on the partnership, Louise Morgan Head of Development at Cardiff Blue Dragons said, “What we have achieved here will truly place Cardiff on the map as a South Wales club with the absolute intention of growing and building the sport of Rugby League in Wales, and the rest of the UK. As the biggest club in Wales, Cardiff Blue Dragons’ partnership with Leeds Rhinos means that players young and older can come to play for us firstly for fun and also knowing that if they want to step it up and take Rugby League seriously, Cardiff is the place to do that with a firm programme in place with the Super League. These are exciting times for our club and with our growing number of players currently at 180, it’s only a matter of time before we see one of our Blue Dragons trying out for a chance to change shirt and play in the Leeds Rhinos squad!

Kevin Sinfield, Leeds Rhinos Director of Rugby said, “The partnership is a win-win for both of our clubs. Our player development programme has the opportunity to expand into Cardiff which means more people buying in to our fantastic sport, club and ethos. In turn as we produce some real talent from our academy programme, we will see Blue Dragons working closer with us here in Leeds.”

For more information on how to register for Cardiff Blue Dragons, please email info@cardiffrugbyleague.com or call Louise Morgan on 07446 166201.

Another fantastic day of training for all at the Dragons Nest today, with the weather making a complete turnaround from last week ☔

Mini Dragons Camp started the morning off on great form, great numbers for a second week running and their enthusiasm was infectious and set the tone for the rest of the day!

Once the youngsters had left the training paddock, our U16s boys turned up the heat - with coaches Martyn Williams and Chris James working the lads hard, working on fitness and building on their ever growing armory of skills.

​Our U12s brought the afternoon in, more new recruits again joining the #DragonFamily

Welsh Internationals Charlie Mundy and Rafiuke Taylor joined Coach Shaun Gustard and fellow Dragons Senior stalwart Jack Dryden in giving the boys a coaching session to remember. Observing closely was Wales Rugby League's National Development Manager, Mark Jones, who was there to assess Charlie and Raf in signing off their Level One Coaching qualification - WELL DONE LADIES FROM THE REST OF THE DRAGON FAMILY!

Our Seniors and Development squad yet again showed determination in impressing the new Management Team, giving plenty of food for thought on what the future holds.

Rounding off the day and we saw a very welcome return to our Ladies squad. Coach Craig Fields and Team Manager Louise Morgan looking to build on the amazing success from last years debut season. It is always a pleasure to welcome returning players and great to see new faces joining the squad today at Glamorgan Wanderers! 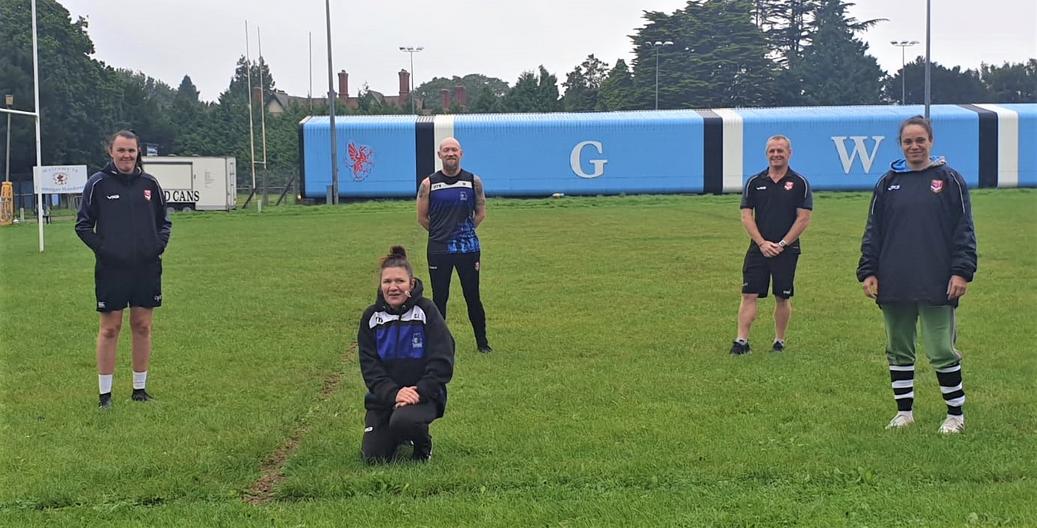 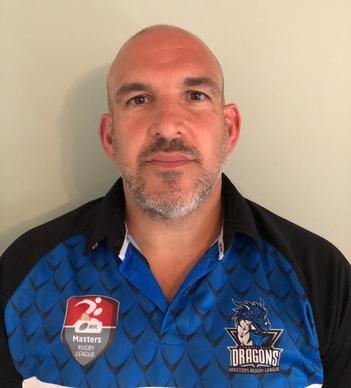